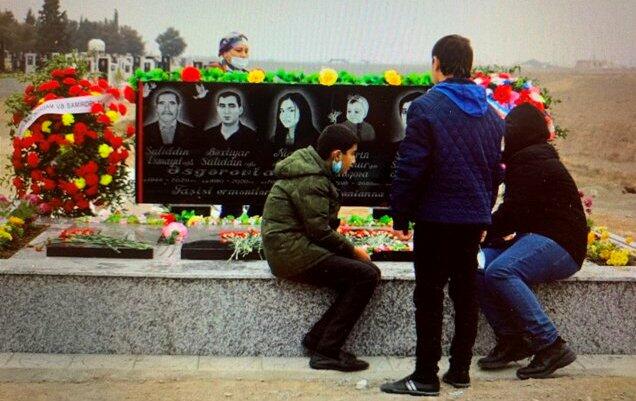 Smashed graves in a cemetery in Kalbajar region of Nagorno Karabakh of azerbaijanis who were buried here before the 1993 Armenian occupation.

“Some graves were freshly smashed, seemingly by Armenians who left the area last week after 27 years of occupation”.