Azerbaijanis and Turks are protesting in the US - Photo 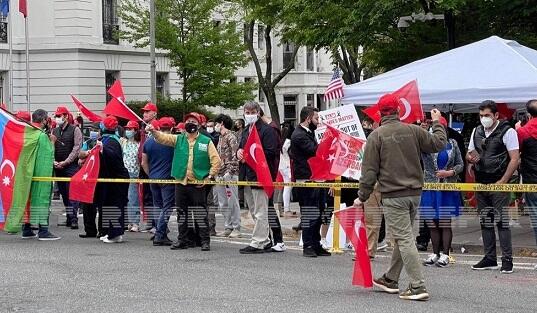 Turks and Azerbaijanis in Washington are protesting against President Joe Biden's use of the term "Armenian genocide."

Axar.az reports that the action, organized by the Assembly of Turkish-American Associations, began in front of the historic residence of the Turkish Embassy in Washington.

The protesters, who arrived in the area with Turkish and Azerbaijani flags in their hands, plan to march in front of the Armenian embassy in the United States.

It should be noted that a group of Armenians is moving from the White House to the protest area.

U.S. police cordoned off the area. The action will last several hours.