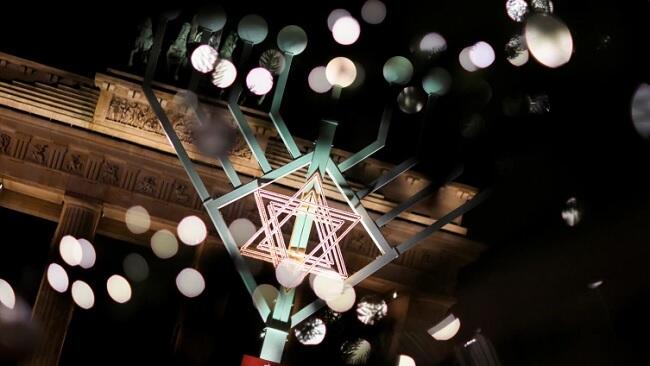 Ultra-Orthodox Jewish yeshiva students light candles on the fourth day of the Jewish holiday of Hanukkah in the ultra-Orthodox city of Bnei Brak near Tel Aviv, Israel, Wednesday, Dec. 1, 2021.

Axar.az reports that Hanukkah, also known as the Festival of Lights, is an eight-day commemoration of the Jewish uprising in the second century B.C. against the Greek-Syrian kingdom, which had tried to put statues of Greek gods in the Jewish Temple in Jerusalem.