Post stamps dedicated to Shusha issued in the Netherlands 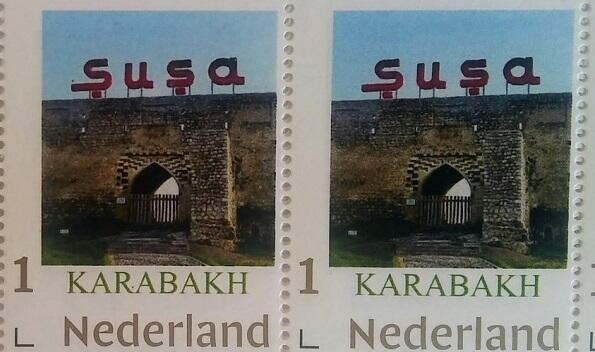 Postage stamps dedicated to Shusha, the cultural capital of Azerbaijan, were printed in Amsterdam, the Netherlands.

Axar.az informs that this was reported by the State Committee for Work with the Diaspora.

On the initiative of our compatriot Saltanat Ravangizi, who lives in that country, the stamp issued within the "Pearls of Azerbaijan" project depicts the Shusha Fortress and the "Nightingale" flower and "Karabakh", "Shusha is the cultural capital of Azerbaijan. Ilham Aliyev "were reflected. The stamps were issued by the official Dutch national postal operator PostNL.

The purpose of issuing postage stamps is to draw the attention of the Dutch to the announcement of 2022 as the "Year of Shusha" and the fact that the Karabakh region is the ancient land of Azerbaijan.

It should be noted that within the framework of the "Pearls of Azerbaijan" project in Amsterdam, "Nizami Ganjavi-880", "Heydar Aliyev", "Foreign Nightingale", "Rashid Behbudov", "Amina Dilbazi", "Covdat Hajiyev", "Journalists killed in Kalbajar" Maharram Ibrahimov and Siraj Abishov ”stamps were printed.