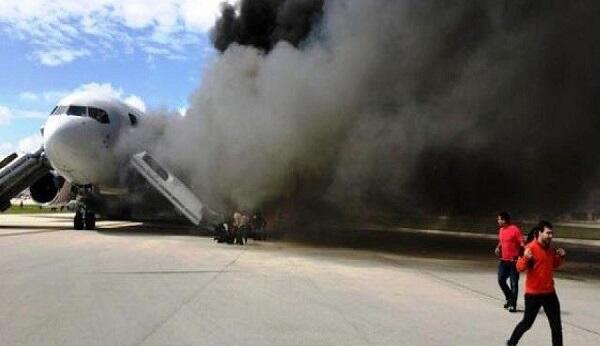 A fire broke out in the "Fokker 100" passenger plane belonging to "Aseman" airlines at Tehran's Mehrabad airport.

Axar.az reports that the IRNA agency reported on this.

According to information, the fire occurred in the engine of the plane that was about to take off on the Tehran-Bushehr flight. While the passengers were on board the plane, the engine exploded and a fire started.

The fire was extinguished with the intervention of the fire brigade. No one was injured during the incident.