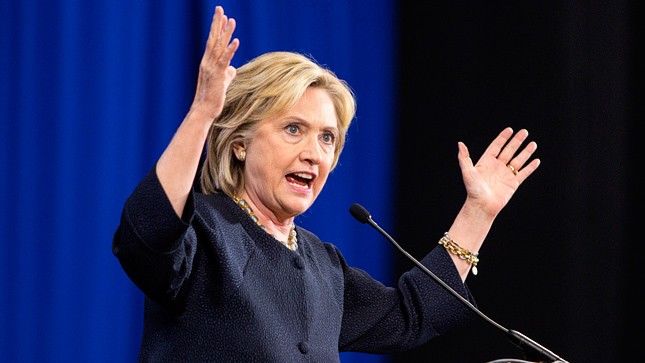 Hillary Clinton told donors in a conference call Saturday that FBI Director James Comey delivered a double whammy to her candidacy in the final days of the campaign by taking another look at emails related to Clinton's private server before abruptly saying he found no wrongdoing.

A member of her national finance committee who was on the call told CNN that Clinton placed at least some of the blame on Comey for her stunning defeat to Donald Trump.

She said the first letter from Comey, sent to Congress on October 28, stopped the momentum she had built after three debates and the release of Trump's "Access Hollywood" tape.

She said the second letter, which came nine days later and exonerated Clinton, simply fired up Trump supporters and didn't put any on-the-fence voters who had been leaning her way at ease.

She said the FBI development was too much to "overcome," the donor on the call told CNN, but she acknowledged there were other headwinds facing her campaign that they didn't adequately combat.

But several Democrats interviewed in the aftermath of the election say Clinton is hardly blameless, pointing to her original decision in 2009 to create a private email server outside of government systems during her time as secretary of state.

"If there had been no private server in the first place there would not have been an FBI investigation," Jim Manley, a longtime Democratic strategist, wrote in a Twitter message on Saturday.

On the call, Clinton urged supporters to move forward and keep fighting for their beliefs.

The conversation, which lasted about 30 minutes, was not open to the press. Another Democrat on the call said Clinton described the loss as "heartbreaking."

As she said in her concession speech Wednesday, Clinton told supporters that she was sorry for not being able to defeat Trump.

The call was far from a full accounting of the stunning upset, but rather a chance for Clinton to thank her supporters directly after the hard-fought campaign.

She was not overtly critical of Trump, two participants on the call told CNN, but she did urge those to rise up and continue fighting against divisive rhetoric targeting immigrants and others.

She did not engage in a back-and-forth over other factors that contributed to her loss, including what many Democrats said was a failure to articulate an economic message that appealed to working-class voters across the Rust Belt.