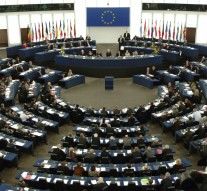 The leaders of the European Parliament’s two largest groups have called for the EU to halt membership talks with Turkey because of its post-coup purges.

“Our message to Turkey is very clear: accession negotiations should be frozen immediately,” said Manfred Weber, the head of the largest faction in the European Parliament, the centre-right European People’s Party.

He was echoed by Gianni Pitella, the leader of the socialist group, the parliament’s second biggest, who said: “We want to freeze the accession talks.”