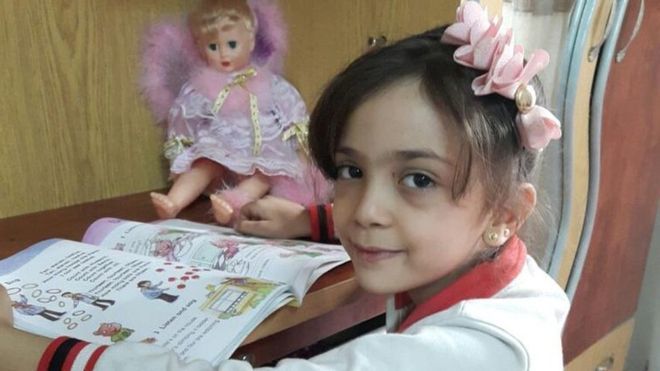 A seven-year-old girl whose tweets from a besieged Syrian city drew worldwide attention is safe.

Axar.az reports, Bana Alabed disappeared from the social network on Sunday as a government offensive was launched on rebel-held areas in eastern Aleppo. Her account, which paints a picture of life in the warzone, has attracted more than 160,000 followers, and many had expressed concern about her safety. The account has been reactivated, but it remains silent.

A BBC source says both she and her mother, Fatemah, who often tweets on her behalf, are safe in an undisclosed location. It was the last tweet, by her mother, that sparked concern. It read: "We are sure the army is capturing us now. We will see each other another day dear world. Bye. - Fatemah".

Shortly afterwards, the timeline disappeared. Author JK Rowling was among those who used Twitter to call for information about Bana's whereabouts on Sunday. Ms Rowling sent Bana an entire set of Harry Potter eBooks after the young girl posted that she liked to read "to forget the war".

In October, in interview Fatemah said her daughter wanted "the world to hear our voice".