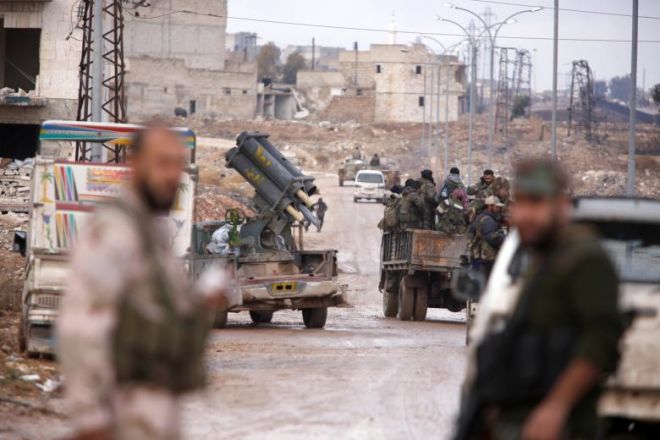 The Syrian army's advance in Aleppo slowed on Thursday but a victory was still firmly in sight after President Bashar al-Assad vowed that retaking the nation's second city would change the course of the six-year civil war in his favor.

Axar.az informs, lightning gains in recent days in which government forces and their allies recaptured Aleppo's historic Old City lost some momentum in the face of stiff rebel resistance but the Syrian leadership was confident.

Assad has long sought to seize divided Aleppo which would put him in control of Syria's major cities, the south, central spine and western flank bordering the Mediterranean, dealing a devastating blow to rebels who have fought to unseat him.

Outside of Aleppo, the government and its allies are also putting severe pressure on remaining rebel redoubts. Assad said in an interview with a Syrian newspaper that victory in Aleppo would be a landmark, but not the end of the war.