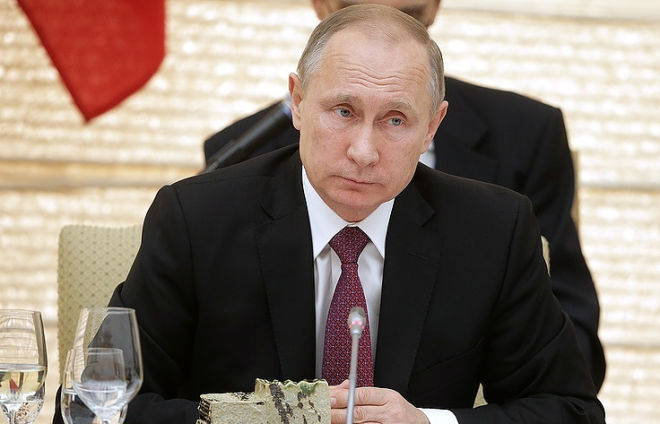 The news conference was initially scheduled for noon on Thursday, December 22, but Presidential Spokesman Dmitry Peskov announced earlier in the day that it was rescheduled for the next day as President Putin would be attending on Thursday the funeral of the Russian diplomat, who was gunned down in the Turkish capital on Monday night. It was the first time ever that the conference was postponed.

Asked whether extra security measures will be provided following the assassination of Russian Ambassador to Turkey Andrei Karlov in Ankara earlier in the week, Peskov said "I cannot say that, but during the events involving the state leader the security measures are usually at the highest possible level."

The Russian president traditionally convenes his annual news conference in December to sum up the outgoing year’s results. The conference’s great number of participants is not the only reason why it is dubbed "grand".

Over the past few years, Putin’s news conferences have invariably been held at the International Trade Center. Russia’s major television networks, including Rossiya-1, Rossiya-24 and Channel One as well as nationwide radio stations Mayak, Vesti FM and Radio Russia will cover the news conference live on December 22. The Public Russian Television will provide sign interpretation of the live news conference.

The popularity of Putin’s news conference has been steadily growing every year. More than 500 journalists were accredited at Putin’s first annual news conference in 2001, their number jumped to 700 in 2002 and 2003 and reached almost 750 people in 2004. Nearly a decade later by 2015 that figure had nearly doubled to 1,392.

Most journalists accredited for the conference represent federal and regional media outlets. Their colleagues from Japan, the United States, China, Germany, France, Spain, Sweden and Estonia will also be present at the news conference though in smaller numbers.