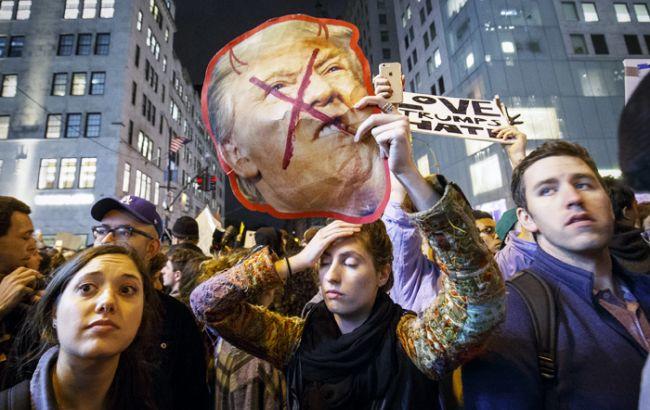 Large groups of left-wing protesters will try to sabotage Donald Trump’s inauguration by creating blockades and destroying public property, according to recent reports.

On the day of the inauguration, which will take place Friday, 20th January, protesters are planning to create a series of human blockades across Washington D.C., where participants will protest against a variety of Trump’s proposed policies, from immigration reform to climate change.

The principal organiser of the protests is a group known as #DisruptJ20, who are already advertising for people to join them in a “bold mobilization against the inauguration of Donald Trump.”

“We call on all people of good conscience to join in disrupting the ceremonies. If Trump is to be inaugurated at all, let it happen behind closed doors, showing the true face of the security state Trump will preside over. It must be made clear to the whole world that the vast majority of people in the United States do not support his presidency or consent to his rule,” the group states on the website.

Some of the #DisruptJ20’s planned “events” for the inauguration day include an Anti-Capitalist and Anti-Fascist Bloc, Quockblockade Parade Queer Resistance, Climate Convergence, as well as an Occupy Inauguration.

One event will even involve a “gay dance parade” outside vice-president elect Mike Pence’s home, whilst an anti-capitalist protest starting from Logan Circle is likely to involve property damage, according to sources from The Daily Caller.

A report from FOX News on Friday also unveiled audio of a member of #DisruptJ20 pledging to “do everything we can to try and stop people from being able to access the inauguration.”

Over 10,000 civil servants are expected to be deployed on the day of the inauguration, including local police and members of the military.

When asked about the planned protests, Peter Newsham, the chief of Metropolitan Police Chief confirmed the security forces would be “able to handle it.”

Attendees of the inauguration will include Bill and Hillary Clinton, as well as other former U.S presidents including George W. Bush and his father, George H.W. Bush.