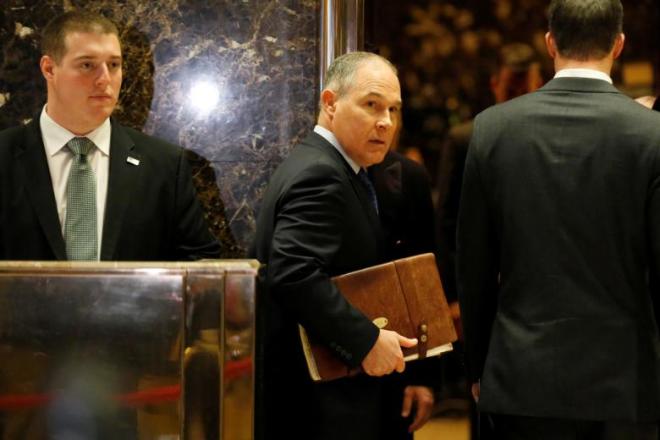 Oklahoma Attorney General Scott Pruitt, President-elect Donald Trump's choice to lead the Environmental Protection Agency, will face tough questions from lawmakers on Wednesday about his ties to the energy industry, in what is expected to be another highly contentious confirmation hearing for Trump's Cabinet-in-waiting.

Pruitt, 48, is a climate change skeptic who sued the agency he intends to run more than a dozen times as Oklahoma's top prosecutor, a strong signal he will aggressively carry out Trump's vows to slash EPA regulation to the core to encourage more U.S. oil and gas drilling and coal mining.

His nomination to head the agency has set off a public relations and lobbying battle. His opponents include Senate Democrats and green groups worried about climate change, wildlife and pollution. But he has strong support from conservatives and industry groups that view the EPA as over-funded and bad for American jobs.

In prepared remarks seen by Reuters before the hearing, Pruitt said he would seek to ensure environmental rules do not come at the expense of development. "Environmental regulations should not occur in an economic vacuum. We can simultaneously pursue the mutual goals of environmental protection and economic growth," he said in the remarks.

Trump has promised to refocus the EPA on its core values of protecting air and water quality, while scrapping many of President Barack Obama's initiatives to combat global climate change by targeting carbon dioxide emissions.