Turkey to buy this famous weapon from Russia 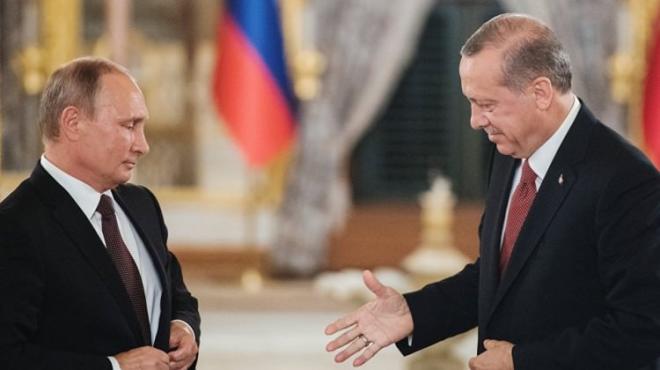 Turkey has continued its negotiations with Russia regarding the purchase of the Russian S-400 long-range air defense system, sources in the government have confirmed.

Underscoring Turkey's urgent demand for a long-range air defense system, sources said talks with Russia continued, and in the case of Moscow and Ankara reaching a deal, the two countries will also collaborate in developing a new system. The sources said negotiations on both matters are simultaneously ongoing.

Along with the S-400 anti-aircraft system, Russia also owns technologically older defense systems, such as the S-300 and Antey-2500. However, Turkey is looking to purchase the latest S-400 systems.

Last November, some Turkish media outlets claimed that Turkey was expecting an offer from Moscow, regarding the purchase of the S-400, in what could be the culmination of Ankara's long-awaited procurement process to avail itself of a long-range missile defense system. It was also reported that Moscow was leaning toward selling the system to Turkey which Russia had previously agreed to sell to India and China.

Russia had also bid for the tender. However, due to Moscow's unwillingness to do technology transfer and a higher price compared to its competitors from China and Eurosam, it was eliminated. But, with some heavy pressure from the NATO, Turkey in November 2015 announced that the deal was off.

Following the decision, Turkish sources announced that Ankara was now planning to launch its own project to build a similar system, and now in the light of the recent Russian-Turkish normalization process, the purchase and co-production of Russia's S-400 missile system has reappeared as a viable option for Turkey.

This development was met with surprise when Kremlin spokesman Dmitry Peskov in a statement last October said Russian President Vladimir Putin and his Turkish counterpart President Recep Tayyip Erdoğan have discussed the possibility of supplying the Russian air defense system to Ankara.

If Turkey agrees a deal with Moscow regarding a long-range air defense system, however, it is likely to come under pressure from the NATO for not "being compatible with NATO systems."

Nevertheless, Ankara seems less likely to give in to NATO pressures this time, as it was left alone in its fight against threats coming through the Syrian borders. Meanwhile, NATO has recalled its Patriot defense system near Turkish borders, despite the country facing serious cross-border threats in its southern region.