Philippines: We might become victims of USA and China 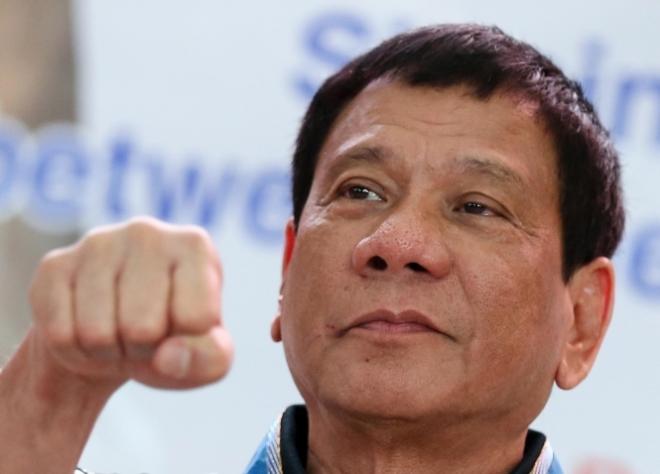 Philippine President Rodrigo Duterte asked the United States on Sunday not to store weapons in local camps under a defense pact, saying his country may get entangled if fighting erupts between China and the U.S.

Duterte said in a news conference that he would consider abrogating a 2014 defense pact that allows U.S. forces to temporarily station in designated Philippine camps if the Americans build weapon depots in those encampments.

“They’re unloading arms in the Philippines now,” Duterte said, identifying three areas where U.S. forces were supposedly bringing in their armaments, including the western Philippine province of Palawan, which faces the disputed South China Sea.

“I’m serving notice to the armed forces of the United States, do not do it, I will not allow it,” Duterte said in the televised news conference after meeting top military and police officials.

U.S. officials did not immediately comment on Duterte’s remarks.

The brash-talking Philippine leader, who took office in June, has been antagonistic to the administration of former President Barack Obama for raising concerns over Duterte’s bloody crackdown on illegal drugs which has left thousands of mostly suspected drug users and small-time dealers dead.

Duterte, who has moved to rebuild once-frosty relations with China, has repeatedly threatened to scale back military exercises with American troops and stop agreements that allow U.S. forces to visit.

The agreements include the Enhanced Defense Cooperation Agreement, which was signed by the treaty allies in 2014. But he has walked back many of those threats.

Lorenzana mentioned at least three Philippine camps where the Americans plan to start constructions of buildings for their troops and equipment, including an air base in Palawan province.

The U.S. military construction plans were delayed due to petitions to the Supreme Court that questioned EDCA’s legality. The court declared that the defense pact conforms with the Philippine Constitution last year.