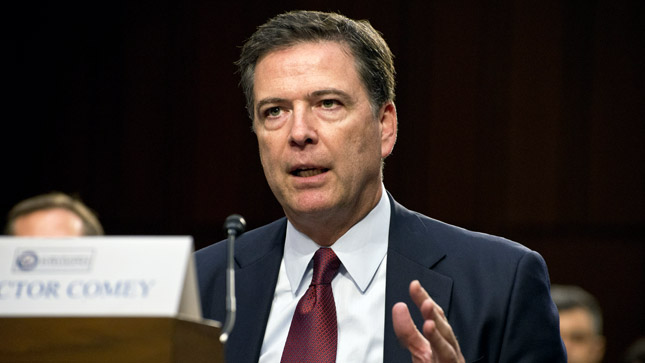 Director of the US Federal Bureau of Investigation (FBI) James Comey has no plans to resign after US President Donald Trump accused former US President Barack Obama of wiretapping his phones, media reported Tuesday, citing a person familiar with the matter.

On Saturday, Trump said on Twitter that in October 2016 Obama ordered to wiretap his phones ahead of the election. The following day, the White House said that Trump asked the Congress to investigate this issue.

"Does he know of possibility there might be a confrontation and be fired by the President? Sure. Does he worry about it? No," the source was quoted as saying by the CNN broadcaster.

On Monday, the CNN broadcaster reported that FBI asked the US Justice Department to refute Trump's allegations since such wiretapping order is considered to be illegal without court's approval, while Homeland Security Secretary John Kelly said that Trump must have had evidence and called on Comey not to oppose investigation into the matter.