Obama is furious with Trump's accusations 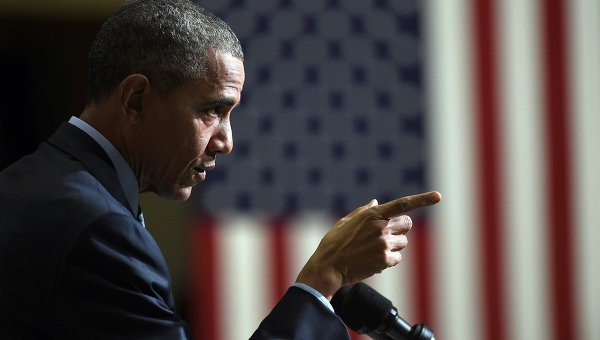 Former President Barack Obama is said to be "furious" about President Donald Trump's unproven claim that Obama ordered a surveillance operation on phones at Trump Tower during the 2016 election.

People close to Obama told The Wall Street Journal in a story published Tuesday night that Obama was "livid" about Trump's unfounded accusations, which came in a series of tweets early Saturday morning.

Obama said before he left office that he would not respond to every controversial thing Trump tweeted, but during his last press conference as commander-in-chief, Obama said he would "examine it when it comes" if there are issues that "go to core questions about our values and our ideals."

Trump's explosive accusations — which he made without evidence — appeared to do just that, according to The Journal's Carol E. Lee and Peter Nicholas, who cited people familiar with Obama's thinking who said Trump's tweets about wiretapping undermined "the integrity of the office of the president and Mr. Obama himself."

It is the closest glimpse at Obama's thinking about the allegations after several former members of his administration sought to knock down Trump's claims during interviews on Sunday. The relationship between the 44th and 45th president has been tenuous at best following Trump's election victory in November. The two met at the White House and spoke regularly until they parted ways after Trump's inauguration.

According to The Journal, they have not spoken since. Trump called Obama to thank him for the letter he left for Trump at the White House, the newspaper said. The call went unanswered, ostensibly because of Obama's post-presidency vacation.

FBI Director James Comey and former director of national intelligence James Clapper have both denied that any order for wiretapping was requested or issued, The Journal said, and several White House staffers declined to explain what prompted Trump to make the accusations.

A Tuesday night New York Times report said that Trump "sounded uncertain" hours after his tweets were published on Saturday about how wiretapping at Trump Tower could actually be done. The newspaper said Trump asked some aides whether an investigator "outside the government" could back up his claims.

Trump threw another false accusation at Obama early Tuesday, claiming that "122 vicious prisoners" were released by the Obama administration and have returned to the battlefield. A report from the Director of National Intelligence indicated 113 of those prisoners were actually released by President George W. Bush.

The barrage of unfounded claims from Trump come amid a rough month and a half for the Trump administration, which has been mired in controversy since he took office. Multiple investigations are underway surrounding Russia's meddling in the US election and questions about contacts between the Kremlin and Trump's inner circle.

The Trump administration has made it clear it is not pleased with reports linking people in the president's orbit to the Kremlin and has repeatedly denied any improper alliances.