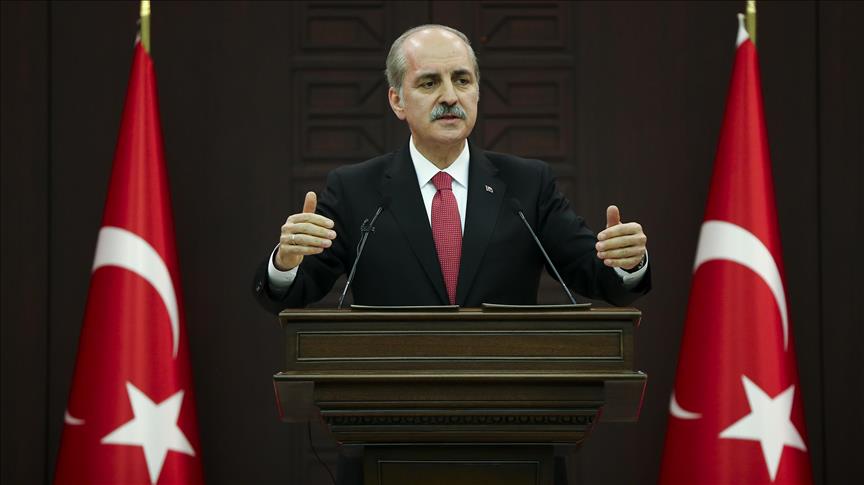 Turkey has suspended high-level diplomatic ties with the Netherlands and the Dutch ambassador to Ankara will not be allowed to return from leave, Turkish Deputy Prime Minister Numan Kurtulmus said Monday.

The move comes amid tensions after Amsterdam deported a Turkish minister and banned another.

Kurtulmus told reporters about the measures on the sidelines of a ministerial meeting in Ankara.

The Dutch government’s conduct “is unacceptable by any standards”, he said.

"This tension, this crisis, this chaos -- whatever you call it -- it is not us who caused it,” Kurtulmus said.

“Turkey will not suffer from this. Turkey protects its rights and dignity, but I would like to stress that it is the Netherlands and many other European countries that will bear the brunt,” the minister said.

Kurtulmus said Ankara might review the EU-Turkey refugee deal. Turkey’s EU minister has already called for reconsidering the agreement, especially the parts having to do with refugees trying to enter Europe by land.

It then blocked a convoy carrying Family Minister Fatma Betul Sayan Kaya and forced her to leave the country under police escort.

When Turkish citizens in Rotterdam peacefully protested these developments, they were met by police using batons, dogs, and water cannons, in what some analysts called a disproportionate use of force.

The events have drawn strong criticism from the Turkish government, which, earlier Monday, sent diplomatic notes to the Netherlands in protest.