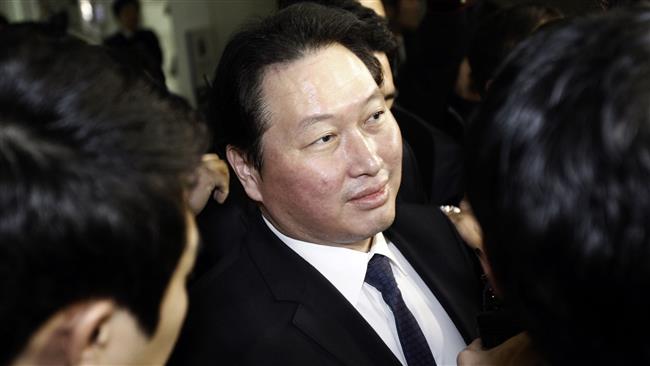 South Korean prosecutors questioned the chairman of the SK Group on Saturday in connection with an influence-peddling scandal that brought down President Park Geun-hye, the latest corporate leader to come under suspicion.

Park, South Korea’s first democratically elected leader to be removed from office, faces allegations that she colluded with a friend, Choi Soon-sil, to pressure big businesses to donate to foundations set up to back her policy initiatives.Officials at the prosecutors’ office could not be reached immediately for comment about their reasons for summoning SK Chairman Chey Tae-won.

Chey did not comment to reporters when he arrived at the prosecution office. A spokesman for the SK Group also declined to comment.

Park is due to appear for questioning on Tuesday. She and Choi have denied wrongdoing.