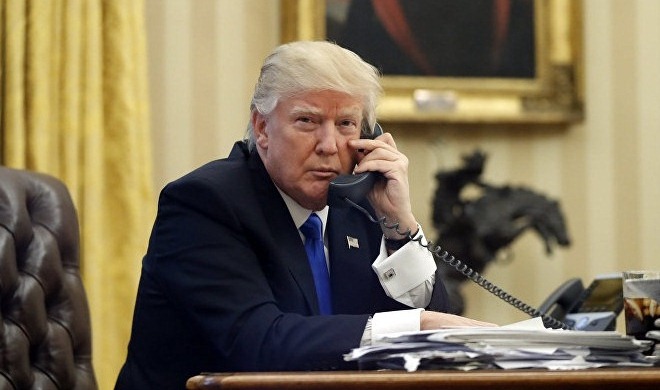 US spy agencies possibly monitored then-President-elect Donald Trump and members of his transition team after the 2016 presidential election but found intelligence with little value and irrelevant to the New York billionaire’s ties with Russia, says a key Republican from California.

The chairman of the House Intelligence Committee confirmed at a press conference Wednesday that information had been collected legally and on numerous occasions but mostly "incidentally" and with "little or no apparent foreign intelligence value."

The surveillance had nothing to do with allegations that Russia played a role in Trump’s victory, GOP Representative Devin Nunes further added.

"I recently confirmed that on numerous occasions the intelligence community incidentally collected information about US citizens involved in the Trump transition," Nunes said. "None of this surveillance was related to Russia or the investigation of Russian activities or of the Trump team."

Nunes' committee is probing allegations of Russian interference in the November 8, 2016 vote.

In a declassified report released in January, the intelligence community concluded that Russian President Vladimir Putin helped the New York billionaire win the White House, an allegation dismissed both by Moscow and Trump.

Later, the businessman accused former President Barrack Obama of wiretapping Trump Tower in the run-up to the election, an allegation dismissed by FBI Director James Comey during a hearing on Monday.

Information provided to Nunes, however, appear to bolster Trump’s claims of “wiretapping.”

"It was a lot of information on the President-elect and the transition team and what they were doing," Nunes said.