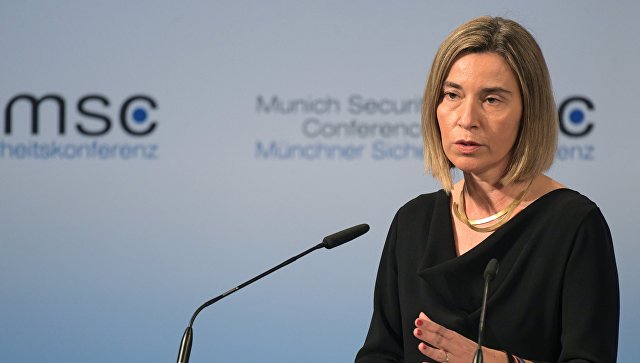 EU foreign policy chief Federica Mogherini claims that the United States is losing its position as leader in the context of handling international problems, whereas the European Union is becoming a reliable partner.

Axar.az reports citing to Sputnik the United States is losing its position as leader in the context of handling international problems, whereas the European Union is becoming a reliable partner, EU foreign policy chief Federica Mogherini said on Friday.

The current situation is an "opportunity for the Europeans and the European Union to position itself as a strong, reliable, predictable partner to all our interlocutors in the world, being it on the big global issues where maybe Washington is losing leadership and where others around the world are looking for partners," Mogherini said at the State of the Union Conference in Florence.
According to Mogherini, during her recent tour in Asia and Russia, she has repeatedly heard the same call for a closer cooperation with Brussels not only in trade and economy, but also on security issues, climate change and issues of foreign policy, such as Syria, North Korea, Afghanistan, and Pakistan.

"People want to work with the European Union in this moment not because they always like us, there are many things they don’t necessarily like from us, but [because] they know what to expect from us. We are predictable, and in this moment of the geopolitical dynamic being predictable, and reliable, and strong like we are is quite an added value," Mogherini explained.