May's husband will give his first interview 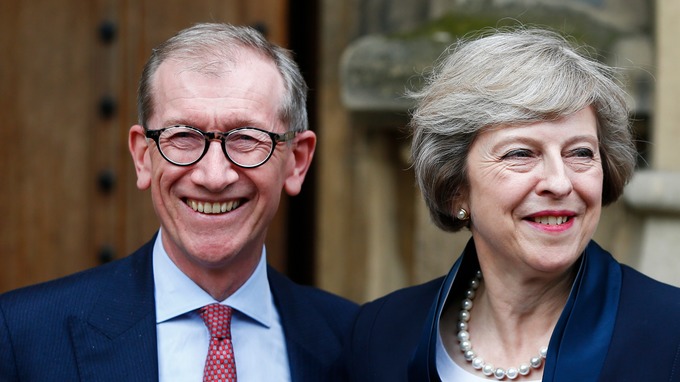 Philip May, the Prime Minister's husband, will give his first ever broadcast interview during the election campaign when the couple appear on The One Show on Tuesday evening.

The Telegraph understands that the pair have agreed to go on the primetime BBC One programme for a joint interview.

The decision is an election gamble, with questions about their private life in Number 10 expected to dominate rather than a political grilling. However, with a viewership of millions, the electoral advantages are clear.

Mr May, a financier credited as a key political confidant to his wife, has kept a low public profile since entering Number 10 last July.

Meanwhile, it has emerged that Theresa May has two "untouchable" fixtures in her weekly diary - gym sessions and communion. The revelation was made by Katie Perrior, the PM's former director of communications.

"Theresa May's diary is as fluid is as it is packed but there are two 'untouchables': the early morning trip to the gym on Saturdays and morning communion at a church in Maidenhead," she wrote in The Times.

"In different ways both will give her strength to tackle the intensity and pressures of an election campaign in the same way they have helped her deal with the transition from the Home Office to Downing Street."