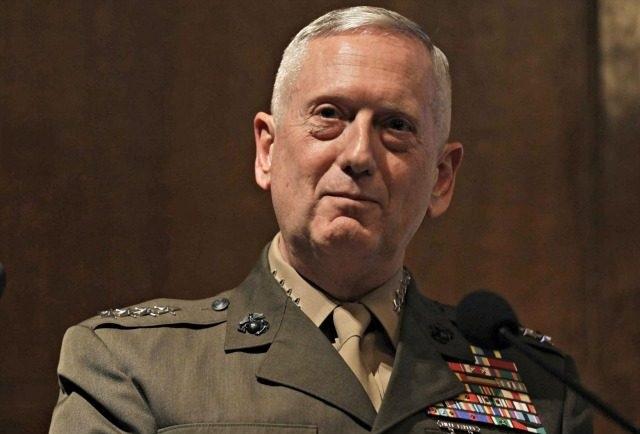 The roughly half-hour meeting in London appeared to be the highest level talks between the two nations since Washington announced on Tuesday plans to back the YPG militia in an assault to retake the city of Raqqa from Islamic State.

Turkey views the YPG as the Syrian extension of the outlawed Kurdistan Workers Party (PKK), which has fought an insurgency in southeast Turkey since 1984 and is considered a terrorist group by the United States, Turkey and Europe.

A U.S. official told Reuters that the United States was looking to boost intelligence cooperation with Turkey to support its fight against the PKK. The Wall Street Journal reported the effort could end up doubling the capacity of an intelligence fusion center in Ankara.

It was unclear if the effort would be enough to soothe Turkey, however.

Turkey has warned the United States that its decision to arm Kurdish forces fighting Islamic State in Syria could end up hurting Washington, and accused its NATO ally of siding with terrorists.

Turkish President Tayyip Erdogan, who will meet U.S. President Donald Trump in Washington next week, has voiced hopes Washington might reverse the decision.

Pentagon spokeswoman Dana White disclosed little about Mattis' meeting with Binali in London, where both men were attending a conference on Somalia.

"The secretary reiterated U.S. commitment to protecting our NATO ally," she said in a statement after the talks.

Mattis, speaking on Wednesday, expressed confidence that the United States would be able to resolve tensions with Turkey over the decision to arm the Kurds, saying: "We'll work out any of the concerns."

Yildirim told reporters on Wednesday the U.S. decision "will surely have consequences and will yield a negative result for the U.S. as well".

The United States regards the YPG as a valuable partner in the fight against Islamic State militants in northern Syria.

Washington says that arming the Kurdish forces is necessary to recapturing Raqqa, Islamic State's de facto capital in Syria and a hub for planning attacks against the West.

That argument holds little sway with Ankara, which worries that advances by the YPG in northern Syria could inflame the PKK insurgency on Turkish soil.