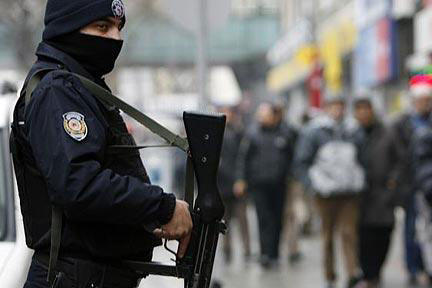 3 Gulenist Terror Group (FETO)-linked fugitive commandos, who participated in the July 15 failed coup attempt, have been detained near the border in Edirne province as they were trying to flee Turkey, reports said Tuesday.

Axar.az reports citing Dogan News Agency that the commandos were detained near the toll booths of Istanbul-Edirne highway.

The suspects are reportedly part of the Underwater Offense Team (SAT).

FETO, led by Fetullah Gulen who resides in the United States, had waged a campaign against the government a few years ago and thanks to its infiltrators within the police, judiciary, bureaucracy and military, first orchestrated sham trials to implicate senior figures on forged evidence and ultimately, moved to seize power by employing officers loyal to them in the coup attempt. A total of 248 people were killed and many more were wounded in attempts to quell the putsch.