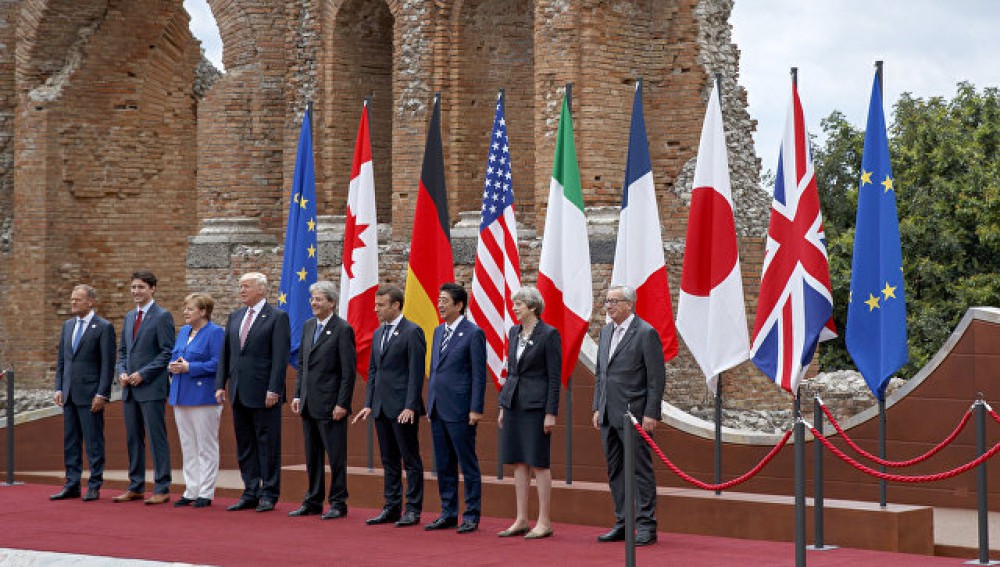 Leaders of the world's major economies ended a G7 summit on Saturday with a disagreement on climate change.

The leaders said in a final communiqué: “The United States of America is in the process of reviewing its policies on climate change and on the Paris Agreement and thus is not in a position to join the consensus on these topics.”

U.S. President Donald Trump said on Twitter: “I will make my final decision on the Paris Accord next week’”.

The landmark agreement, which was signed in Paris two years ago, aims at significantly reducing carbon emissions, by limiting global warming to below 2 degrees Celsius.

“The whole discussion on climate change has been very difficult, even very unsatisfying,” she said, adding that Trump was the only leader who did not reaffirm commitment to the Paris agreement.

So far there is no indication whether the United States of America will continue to participate in the Paris agreement or not,” she said.

We are waiting for the contribution of the United States in the Paris Climate Deal,” Italian Prime Minister Paolo Gentiloni told a news conference in the Sicilian resort town of Taormina. .

Despite disagreements on the climate goals, G7 leaders has demonstrated unity on the issues of international trade and security.

“We reiterate our commitment to keep our markets open and to fight protectionism, while standing firm against all unfair trade practices,” the leaders of the world’s seven largest economies said in a joint declaration.

They also pledged stepping up their efforts in the fight against international terrorism.

They also raised the issue of a political solution to the war in Syria.

"Those with influence over the Syrian regime, in particular Russia and Iran, must do their utmost to use that influence to stop this tragedy, beginning with the enforcement of a real cease-fire, stopping the use of chemical weapons, ensuring safe, immediate and unhindered humanitarian access to all people in need, and releasing any arbitrarily detained persons, as well as allowing free access to its prisons,” they said.

The G7 consists of Canada, France, Germany, Italy, Japan, the United Kingdom and the United States.

The next G7 summit will be held in Canada.