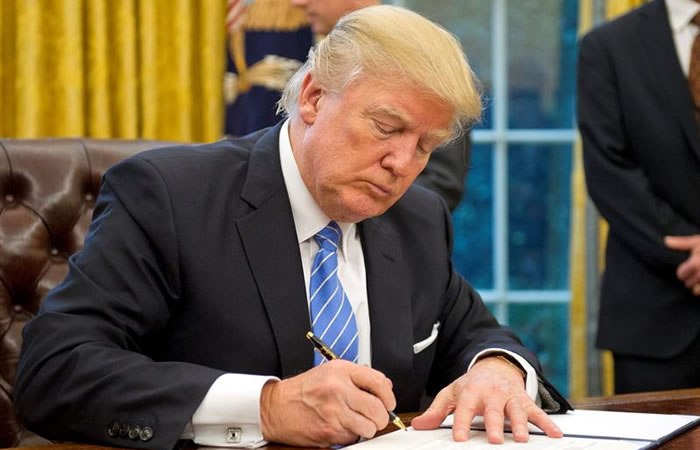 The White House disclosed Wednesday evening that it has granted ethics waivers to 17 specific appointees who work for President Donald Trump and Vice President Mike Pence, including four former lobbyists.

The waivers exempt the appointees from certain portions of ethics rules aimed at barring potential conflicts of interest. In letters posted on the White House website, the White House counsel's office wrote that the waivers were in the public interest because the administration had a need for the appointees' expertise on certain issues.

Among the high-profile figures who received waivers: White House chief of staff Reince Priebus and senior adviser Kellyanne Conway, who were both permitted to engage with their former employer or clients. In addition, a blanket waiver was given to all executive office appointees to interact with news organisations — a move that gives senior strategist Stephen Bannon permission to communicate with Breitbart News, the conservative website he used to run.

The waiver information - which was requested of all federal agencies by the Office of Government Ethics in April - provides a window into how far the Trump administration is willing to bend on its “drain the swamp” pledge. As a candidate, Trump vowed to take a hard line on lobbyists, which he promised would not shape his administration.

White House spokeswoman Lindsay Walters said in a statement Wednesday that the voluntary release of the ethics waivers is “part of the president's commitment to the American people to be transparent.”

“The White House Counsel's Office worked closely with all White House officials to avoid conflicts arising from their former places of employment or investment holdings,” Walters said. “To the furthest extent possible, counsel worked with each staffer to recuse from conflicting conduct rather than being granted waivers, which has led to the limited number of waivers being issued.”

Three of the former lobbyists given waivers to work in the White House serve as staffers to the National Economic Council, headed by former Goldman Sachs executive Gary Cohn. (Cohn himself did not need a waiver because he recuses himself from participating in matters specific to Goldman Sachs, according to a White House official.)

His aides that received ethics exemptions include Michael Catanzaro, a domestic energy and environmental policy adviser. Catanzaro was granted permission to work on a broad portfolio of matters of interest to his former energy sector clients, including emissions regulations, clear air standards and renewable fuel standards.

Shahira Knight, a White House adviser on tax and retirement policy, received a waiver to participate in a range of tax and financial policy matters. Knight, a former tax lobbyist, served as vice president of Fidelity Investments' public affairs and policy group before joining the White House.

Andrew Olmem, who lobbied on bankruptcy and securities issues at the firm Venable before joining the White House as a financial policy adviser, has an exemption to meet with former clients involved in Puerto Rico's financial crisis and engage in a range of insurance and financial policies.

Joshua Pitcock, who serves as chief of staff to Pence, was issued a waiver when it comes to broad policy matters affecting the state of Indiana, for which he previously worked as a lobbyist. Among the topics he is permitted to wade into: refugee policy, veterans' issues, environmental regulations and health care.

A waiver was granted to Priebus, who was given permission to participate in communications and meetings involving the Republican National Committee, where he served as chairman. Conway received a waiver to interact with former clients of her polling firm, which includes a wide range of political and conservative advocacy organisations.

In addition, six members of the White House counsel's office — including counsel Donald McGahn II — were granted waivers to participate in matters in which their former law firm, Jones Day, is representing the president, his campaign committee or other related political entities.

Trump's predecessors also issued ethics waivers to appointees who had potential conflicts of interest. The Obama administration handed out at least 66 such exemptions to appointees across the federal government — including senior figures such as White House adviser Valerie Jarrett — and regularly posted the ethics waivers online.

Until last week, it was unclear that the Trump White House would follow suit. Earlier in the month, Mick Mulvaney, director of the Office of Management and Budget, questioned the ethics office's legal jurisdiction and asked OGE to suspend its collection of waiver information. OGE Director Walter Shaub Jr issued a forceful letter defending the office's legal standing and asserting his intention to implement ethics rules “with independence, free from political pressure.” As the showdown escalated, the White House announced Friday that it would release the waiver information.