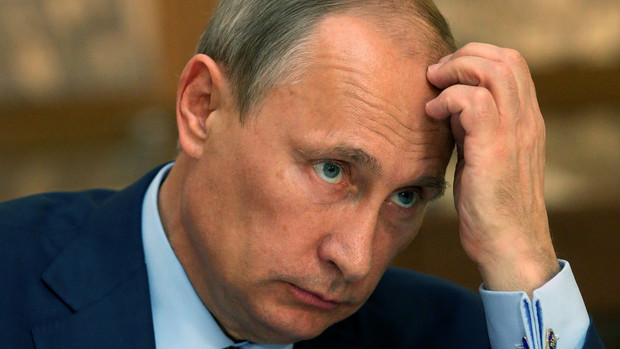 Opening up to American film director Oliver Stone in a recent interview, Russian President Vladimir Putin revealed that he had once suggested to then-US President Bill Clinton that Russia might join NATO.

Policy insiders say that Putin's proposal was likely an attempt to gauge the alliance's true intentions toward Moscow.

Speaking to Stone in 'The Putin Interviews', an upcoming Showtime series on the Russian leader that's set to premiere later this month, Putin said that he had once proposed the idea of Russia joining NATO to President Clinton.

"I remember one of our last meetings with President Clinton in Moscow. During the meeting I said, 'we should consider an option that Russia might join NATO.' Clinton replied, 'Why not?'" Putin recalled.

"But the US delegation got very nervous," he added, laughing as he recollected the moment.

Clinton paid his last presidential visit to Russia in the summer of 2000, meeting with Putin less than a year after the Russian leader assumed office. At the time, Russian-US and Russia-NATO relations were significantly better than they are at present.

In a separate interview with Stone, Putin lamented that today, "NATO is a mere instrument of US foreign policy," adding that Washington "has no allies, but only vassals."

"Once a country becomes a NATO member, it is hard to resist the pressures of the US," Putin said. This, he explained, included decisions like the deployment of offensive weapons systems, military bases and the US anti-missile shield, which forces a Russian reaction.

"What are we supposed to do?" Putin asked. "In this case, we have to take countermeasures. We have to aim our missile systems at facilities that are threatening us. The situation becomes more tense."

Clinton had presided over the first steps in the alliance's eastward expansion. In 1999, Poland, the Czech Republic, and Hungary joined the bloc. Five years later, in 2004, under President George W. Bush, Slovakia, Slovenia, Bulgaria, Romania, and the Baltic states joined the bloc. Since then, so have Albania, Croatia and Montenegro, with Macedonia, Bosnia and Georgia in line for membership.

In this way, all of Moscow's former Warsaw Pact allies, plus several republics of the former Soviet Union itself were incorporated into the Western alliance, despite verbal guarantees to Soviet leader Mikhail Gorbachev that NATO wouldn't expand east of Germany.

Putin's probing remarks were not the first time that Soviet or Russian leaders have proposed joining NATO. In 1990, Gorbachev proposed that the Soviet Union might join NATO, a possibility that then-US Secretary of State James Baker dismissed as a "dream." Before that, in the mid-1950s, just a few years after NATO's founding, Soviet leaders proposed that the USSR join the alliance, as an attempt to turn it into a mechanism for maintaining peace in Europe.

Commenting on Putin's remarks, Igor Ivanov, a veteran diplomat who served as Russia's foreign minister between 1998 and 2004, said that while Moscow did not conduct any formal negotiations on accession to NATO during his tenure, Russian leaders may have held discussions on membership in the alliance.

Finally, Fyodor Lukyanov, chairman of the Presidium of the Council on Foreign and Defense Policy, an influential Russian NGO, emphasized that if Russia did somehow end up joining NATO, it would fundamentally alter the nature of the organization.

Speaking to RIA Novosti, Lukyanov explained that Russia's entry into the alliance would create a new center of influence within the organization with strength comparable to that of the United States, and this was something Washington would hardly find acceptable.

"It is known that Putin told not only Clinton, but I think also then-NATO General Secretary George Robertson that this option cannot be excluded in principle," the expert recalled.

But "Russia would hardly be prepared to fall in line with the bloc on a common basis, as is expected in NATO. This would change the entire essence of the alliance, and no one [in the West] would be prepared for this," Lukyanov noted. Therefore, Putin probably expected a generally evasive reaction from Clinton, the analyst added.

In any case, Lukyanov emphasized that Putin's gesture was meant to demonstrate the seriousness of Moscow's intention to take Russian-US relations to a new level, a proposal that Washington ultimately refused to reciprocate.

This, he said, was dependent on the condition that NATO's nature as an "aggressive bloc directed toward the east," change. "However, given that the nature of NATO has not changed, Russia's attitude toward the alliance has not changed," Ivanov added.
Sergei Ordzhonikidze, a veteran diplomat who served as deputy foreign minister from 1999 to 2002, suggested that Putin's words could be seen as an effort by the then-new president to gauge NATO's true intentions toward Russia.

"I was not working on [NATO-Russian affairs] at that time, but I think that this really was something that could have taken place," Ordzhonikidze said, speaking to RIA Novosti. "After all, when NATO was created in 1949, the Soviet Union [also] proposed joining the alliance, to which we told 'no, this will never happen.'"

The diplomat noted that in their own time, Soviet leaders had understood perfectly well that Western powers would reject their proposal, because the alliance's purpose as a military bloc directed against Moscow, would be lost. The same strategy may have been employed by Putin in his meeting with Clinton in 2000, Ordzhonikidze added. "…If such remarks were made, I think they were our way to check: do they really see us as a potential adversary, or can the relationship be improved in the future?