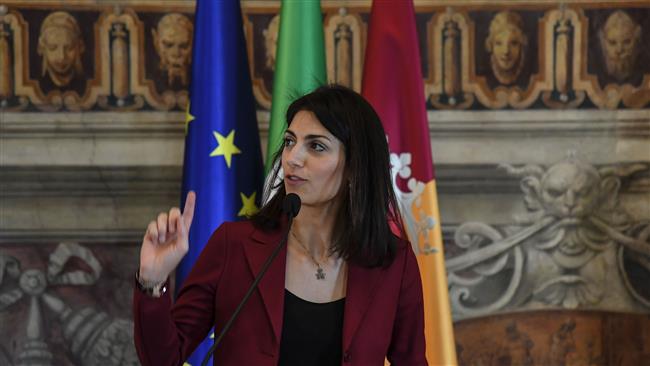 Rome's populist mayor has called for a moratorium on new migrants arriving in the city, warning that setting up additional reception centers risked sparking explosive social tensions in the capital.

In the most significant challenge yet to the center-left Italian government's policy of distributing across the country the thousands of migrants arriving at southern ports, Virginia Raggi said it was "time to listen to the citizens of Rome."

"We cannot permit the creation of more social tensions," Raggi, a member of the populist Five Star Movement, wrote on her Facebook page.

"That is why I am saying it is impossible, risky even, to think about creating any new reception structures."

Her appeal is likely to fall on deaf ears. The ministry is asking all Italian municipalities to expand their reception facilities for the expected arrival of around 250,000 migrants over the course of 2017, compared with 181,436 last year.

With existing facilities jammed full, Italy is dealing with a mounting backlog of recently-arrived migrants as a result of neighboring states tightening their borders, making it harder for new arrivals to reach preferred destinations in northern Europe.

As of Monday, Italy had registered 61,903 new migrants in 2017, up from 52,275 in the same period of 2016. Arrivals generally peak over the summer months when sea conditions make it easier for traffickers to launch boats from Libya.

More than half a million people from Africa, South Asia and the Middle East landed in Italy between the start of 2014 and the end of 2016.

Processing records suggest at least 40 percent of them have a valid claim to asylum in Europe or leave to remain on humanitarian grounds.

The others, classified as illegal economic migrants, are liable to be deported but that is often difficult to organize because their countries of origin frequently refuse to take them back.