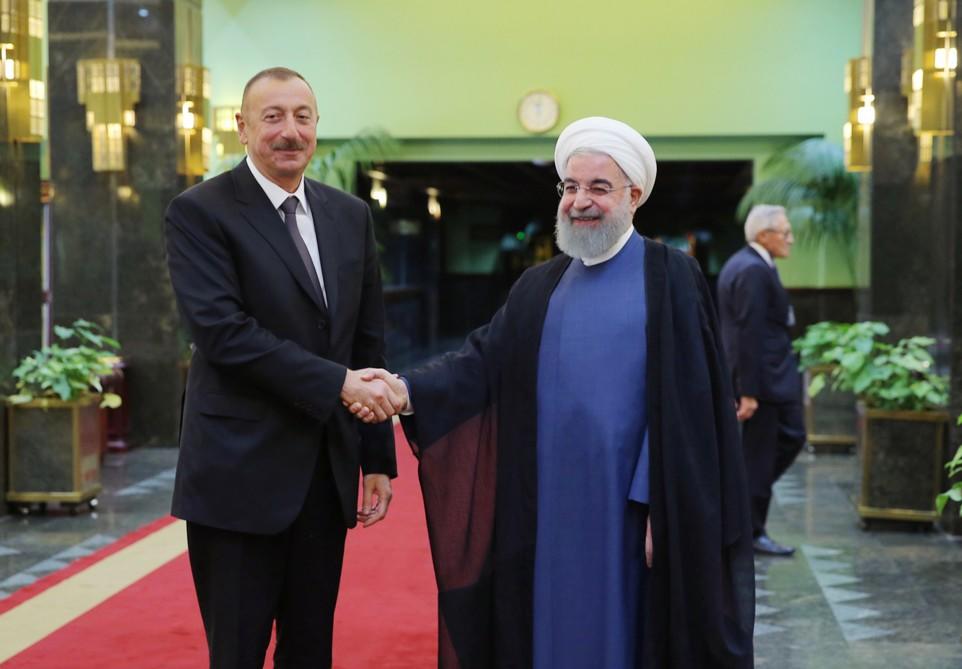 President of Azerbaijan Ilham Aliyev has started his visit to Iran.

Axar.az reports that President of the Republic of Azerbaijan Ilham Aliyev welcomed by Iranian Minister of Economy and Finance, co-chair of the joint commission on economic, trade and humanitarian cooperation of the two countries Mesud Karbasian in Tehran.

The summit of the presidents of Azerbaijan, Russia, and Iran will take place in Tehran a few hours later.

Ilham Aliyev and the President of Iran has discussed the Armenia-Azerbaijan Nagorno-Karabakh conflict.

President Ilham Aliyev talked about Armenia's aggressive policy and the negotiation process on the settlement of the conflict, as well as cooperation in the military and military-technical fields and prospects in this direction.

They also touched on regional issues and exchanged views on countering terrorism and extremism.

It was noted that the tripartite cooperation between Azerbaijan, Iran and Russia has great potential, and this format can yield a good result for cooperation in important areas.

The presidents also discussed issues of economic cooperation between Azerbaijan and Iran, highly appreciating the growth of mutual trade turnover by 70 percent last year and by 33 percent in the first nine months of 2017.

The sides exchanged views on issues of mutual investment, cooperation in the energy, oil and gas, transport spheres.

The successful implementation of the International North-South Transport Corridor (INSTC) project was also emphasized at the meeting.