Armenia is a party to the Nagorno-Karabakh conflict 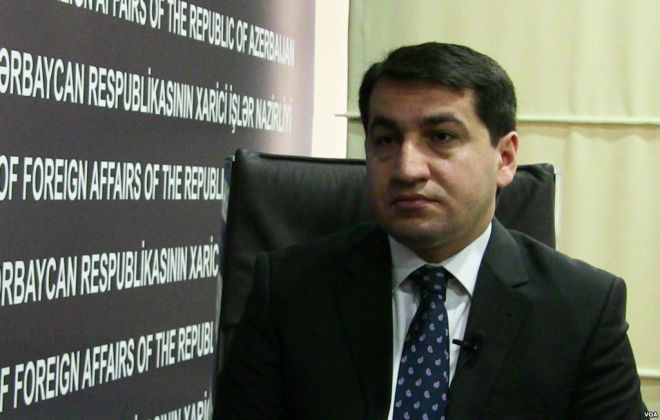 According to Hajiyev the Armenian Foreign Ministry on the one hand tries to hide Armenia's responsibility as a party in the Nagorno-Karabakh conflict, on the other hand with these statements once again confirms that Armenia is a party to the conflict, Hajiyev.

Hajiyev noted that the illegal presence of Armenian troops in the occupied territories of Azerbaijan is the main reason of incidents on the line of the contact of the troops and is a serious threat to regional peace.

“To prevent such cases, Armenia must withdraw its troops from the occupied territories of Azerbaijan in accordance with the requirements of the UN Security Council resolution. Only after that it is possible to ensure sustainable peace and stability in the region,” Hajiyev stressed.

He also noted that as a result of the Armenian policy of occupation and territorial expansion against Azerbaijan, Armenian youth are forced to spend the best years of life in the trenches and serve the occupation policy of their state.