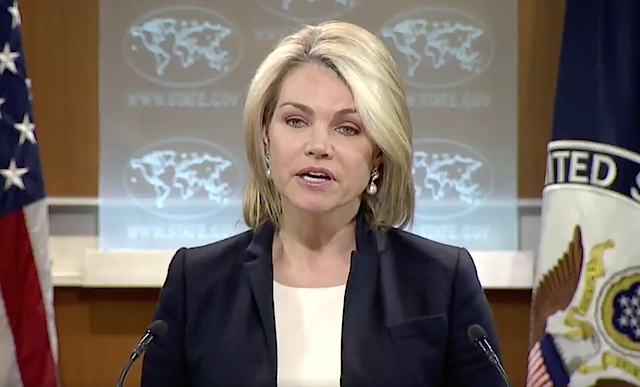 US and Cuban officials met in Washington, DC on Thursday to discuss the medical issues American diplomats experienced at the embassy in Havana, Department of State spokesperson Heather Nauert said in a press briefing.

"Some officials from the Cuban government are here at the State Department today, there’s a briefing taking place between some of our colleagues from our various bureaus that are involved in this very issue," Nauert said on Thursday. "They’re having meetings with the Cuban government to discuss the medical issues that our people have experienced."

Nauert said the US government still does not know what caused the sonic incident or who is responsible, but added that the investigation into the matter is ongoing.
In August 2017, the State Department said nearly two dozen diplomats working at the US embassy in Cuba were affected in an incident involving a mysterious audio device and some of the diplomats suffered permanent hearing loss and possible brain injuries.

In July, media reported that a diplomat at the US consulate in Guangzhou, China, complained about abnormal sounds and pressure.

Secretary of State Mike Pompeo said this incident in China was very similar and entirely consistent with the medical indications of the incidents in Cuba.