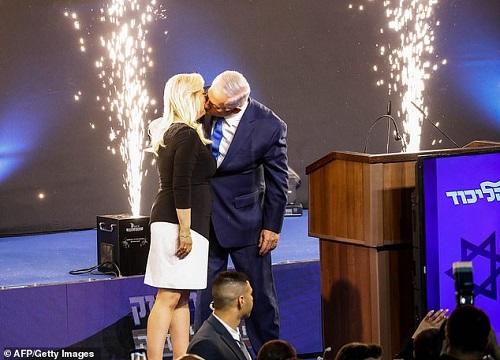 With 97 percent of the votes counted, neither of the candidates’ parties had captured a ruling majority, but Netanyahu was clearly in a strong position to form a coalition government with other right-wing factions that have backed him.

The closely contested race was widely seen in Israel as a referendum on Netanyahu’s character and record in the face of corruption allegations. He faces possible indictment in three graft cases and has denied wrongdoing in all of them.