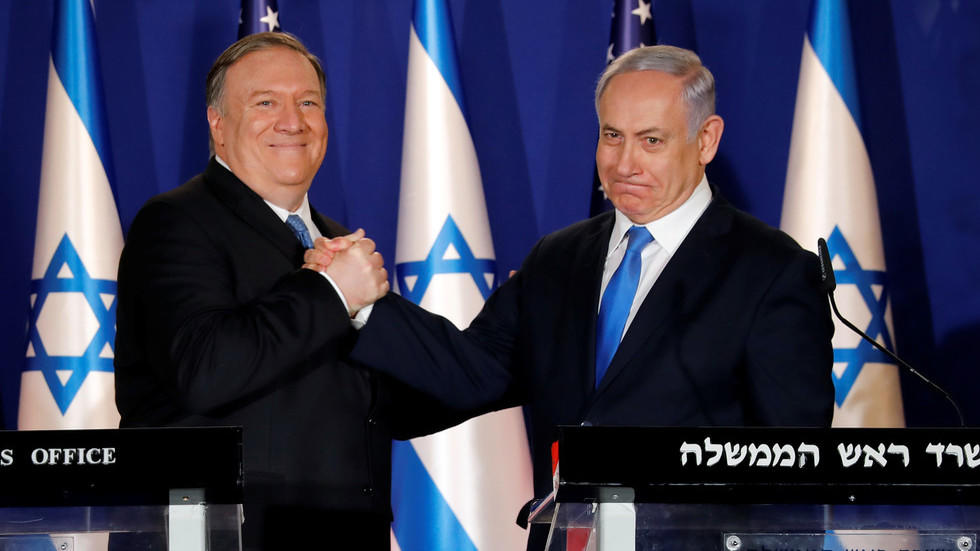 US Secretary of State Mike Pompeo has said he doesn’t think Benjamin Netanyahu's election vow to annex the West Bank will have a negative impact on a two-state peace plan, despite the removal of a large part of one state.

Axar.az reports that, asked whether he thought Netanyahu’s promise to officially annex the West Bank – already riddled with settlements constructed by Israel on occupied Palestinian land in violation of international law – would hurt the peace process, Pompeo said, “I don’t.”

“I think that the vision we’ll lay out is going to represent a significant change from the model that's been used,” he told CNN.

President Donald Trump’s “vision” for the Middle East has already diverged significantly from the model that’s been used.

This has included a unilateral declaration recognizing Israeli sovereignty over the Golan Heights, which the United Nations has repeatedly declared illegitimate since Israel officially annexed the Syrian territory in 1981.

It has also seen the relocation of the US embassy from Tel Aviv to Jerusalem, defying international law that holds the eastern part of the city to be occupied Palestinian territory. It’s hard to see how this vision could do anything other than hurt the peace process.

Pompeo has been noticeably cagey since Netanyahu’s re-election regarding the two-state solution that until very recently represented the official goal of US policy toward Israel and Palestine.

During a Senate hearing on Wednesday, he refused to answer when Democrats asked him to affirm his support for a Palestinian state, instead responding: “Ultimately the Israelis and Palestinians will decide how to resolve this,” and promising that Trump’s son-in-law Jared Kushner and his aide Jason Greenblatt would soon unveil a proposal “to resolve a problem that’s been going on for decades and decades that previous administrations couldn’t solve.”

We're hopeful that we have some ideas that are different, unique, which will allow the Israelis and the Palestinian people to come to a resolution of the conflict,” Pompeo added.

Trump has been touting Kushner’s “peace plan” for years, though he has yet to reveal its contents and even threatened to withhold it entirely if Netanyahu didn’t win a fifth term. Now that the PM’s future is secure, Trump has said he will unveil the plan in June. It’s unclear how much more of the surrounding area Netanyahu plans to annex before then