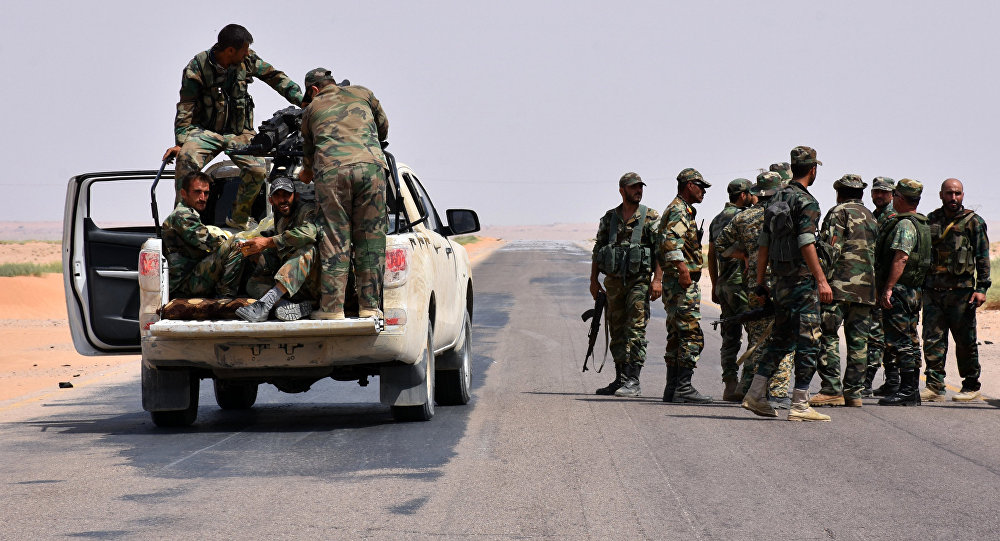 Militants have shelled a settlement in Syria’s Latakia province twice during the past 24 hours, chief of the Russian Center for reconciliation of the conflicting sides Viktor Kupchishin said on Tuesday.

Axar.az informs that, "The settlement of Ruaiset-Iskander in the Latakia province has been shelled by militants twice in the past day," Kupchishin said.

He added that 57,712 people who had dodged military service, including refugees and former members of illegal armed groups, were amnestied as of April 22.

The Russian reconciliation center continues to fulfill the tasks assigned to them after the completion of the military campaign in Syria. They regularly travel around the country's liberated areas to assess the humanitarian situation. The main efforts of the Russian military are now focused on aiding the refugees who are returning back to their homes and evacuating civilians from the war-torn country’s de-escalation zones.