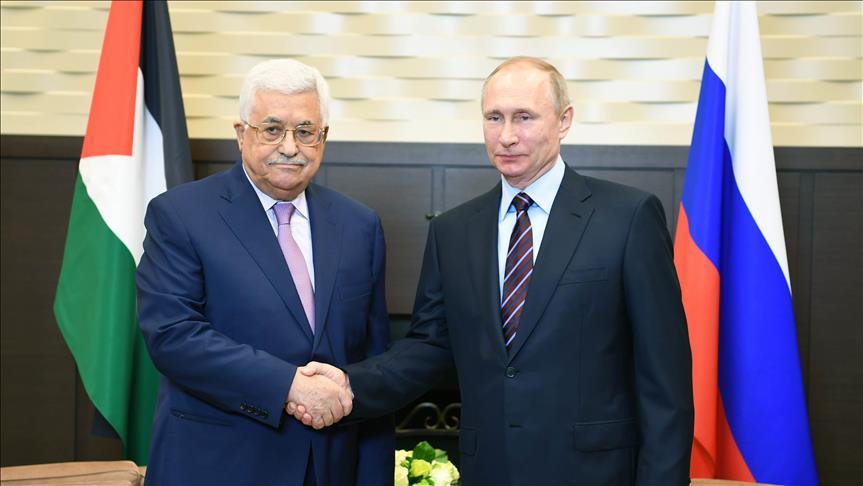 President of the State of Palestine Mahmoud Abbas expects to hold a bilateral meeting with Russian President Vladimir Putin on the sidelines of the Meeting on Cooperation and Confidence Measures in Asia in Dushanbe on June 15, Palestine’s Minister of Foreign Affairs Riyad al-Maliki said in an interview with TASS.

Axar.az reports citing TASS that "I expect that [it will happen] the next month in Tajikistan, where a summit on cooperation and confidence measures in Asia will be held," he said. "As far as we understand, President Putin will participate in it, and our president will also be there. We are working to organize their meeting during the summit."

The Kremlin has not officially announced yet that Putin is planning to meet with Abbas in Dushanbe.

Riyad al-Maliki reiterated that his last meeting with Russian Foreign Minister Sergey Lavrov was held two weeks ago on the sidelines of the Russian-Arab Cooperation Forum. "We discussed the situation in Palestine, the Israeli position on the so-called occupied territories, and the expected deal of the century (the US’ proposal on the Palestinian-Israeli settlement - TASS)," the minister stated.

It was especially important to him "that Lavrov affirmed that the Russian side will not recognize ‘the deal of the century’ in case it violates the earlier reached multilateral agreements," he said. "The Russian representatives explained that their position coincides with the UN’s stance, with the resolutions of the Security Council and the General Assembly and they expect the other states to respect them," the minister noted.