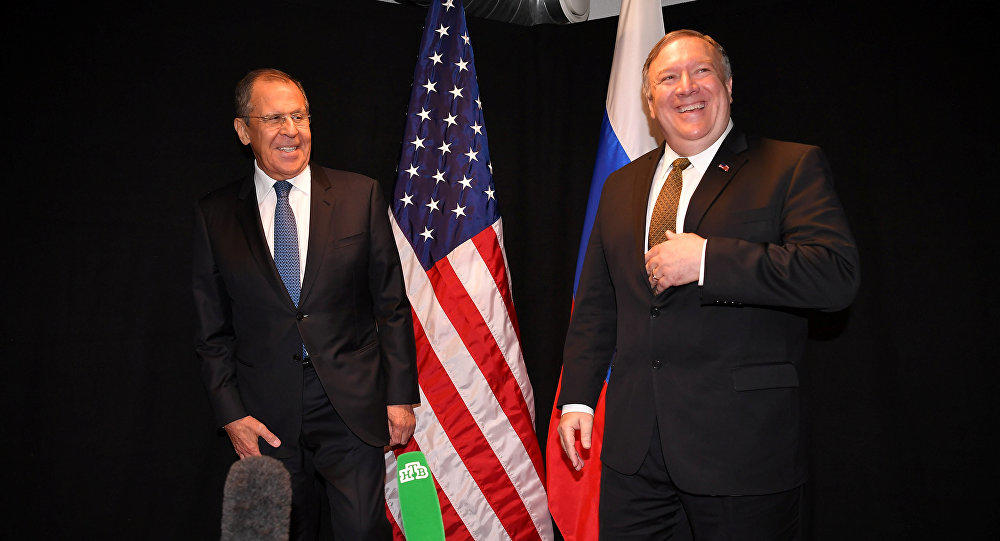 US Secretary of State Mike Pompeo will meet with Russian President Vladimir Putin and Foreign Minister Sergei Lavrov in the Russian resort city of Sochi on Tuesday. The situation in and around Venezuela, Ukraine, Syria, North Korea, Iran, as well as arms control is expected to be high on the agenda.

Axar.az reports citing Sputnik that, the Russian and US top diplomats will hold talks on Tuesday afternoon and then be received by the Russian president, according to Kremlin spokesman Dmitry Peskov.

Pompeo was initially scheduled to begin his trip to Russia with a visit to Moscow on 13 May, but in the early hours of Monday, the US State Department announced a change in Pompeo's plans.

Instead of Moscow, he travelled to Brussels to discuss "recent threatening actions and statements" by Iran, who announced last week that they would be suspending some of their obligations under the nuclear deal, known as the Joint Comprehensive Plan of Action (JCPOA), following the US withdrawal last year.

The announcement of Pompeo's visit to Russia, organised at the behest of the US, came as a surprise, given that he had met with Lavrov as recently as last week, on the sidelines of the Arctic Council's ministerial session in Finland. According to Lavrov, the agenda of the consultations was full, the main topic was the situation in Venezuela. The sides also discussed Syria, Ukraine, and bilateral issues.

Before the ministerial meetings in Finland and Sochi, the Russian and US presidents had an hour-long phone call on 3 May, during which they also discussed Venezuela and Ukraine, as well as arms control.