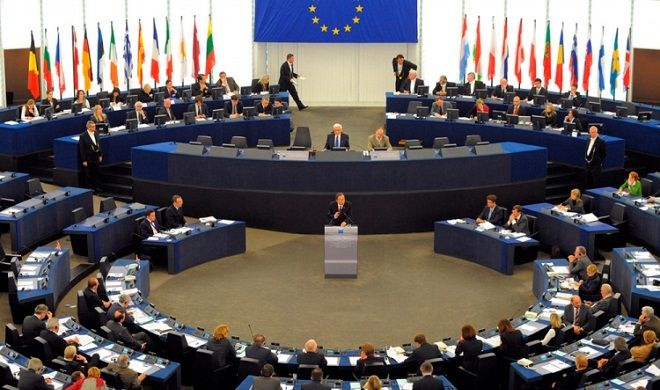 EU leaders are set to meet in Brussels on Tuesday for an informal summit to discuss the outcome of the European Parliament elections and start the nomination process for the top EU jobs.

Axar.az reports citing European media that, top jobs to be filled this year include president of the EU Commission and Council, high representative of the Union for Foreign Affairs and Security Policy, and president of the European Central Bank.

There is disagreement between member states on particularly how to elect the new president of EU Commission.

Each of the eight political groups in the European Parliament nominated candidates for the presidency of the EU Commission.

The Spitzenkandidat process was implemented after the last European Parliament elections.

Through the process, the candidate nominated by the most-rated political group in the parliament was elected as the EU Commission president. It is still being discussed whether the same process will be implemented after these elections.

The president of the EU Commission is nominated by the member states. After the nomination the European Parliament needs to approve the president by an absolute majority.

The disagreement between the EU's chief powers Germany and France indicates that the process will be difficult.

German Chancellor Angela Merkel's Christian Democrats insist that Manfred Weber, the lead candidate of the center-right parties in European Parliament elections, should be nominated as the president of EU Commission.

But the EPP needs support from at least two other political groups in the parliament to build a majority.

Macron frequently suggests Michel Barnier, EU official serving as European Chief Negotiator for the Brexit, as a candidate for the Presidency of EU Commission.