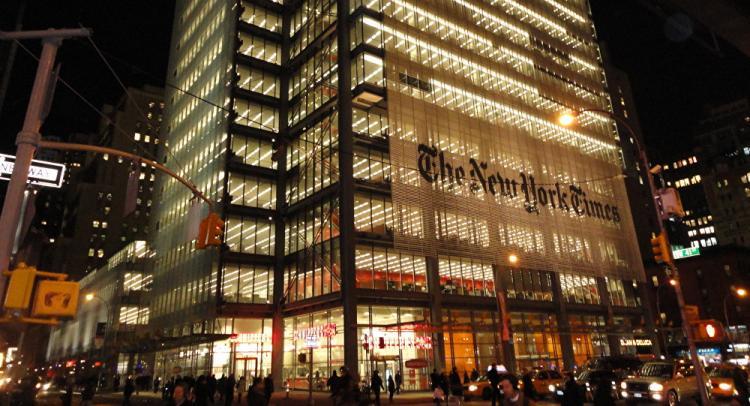 In his latest clash with The New York Times, the US president once again slammed the “failing” outlet as “the enemy of the people” on Twitter and insisted that it committed “an act of treason” by publishing a story on alleged US cyber-attacks against the Russian grid.

Axar.az reports citing foreign media that, The New York Times has refuted Donald Trump’s claims that the newspaper is guilty of treason over a story it ran about alleged US cyber-attacks against Russia. The paper responded to the president’s tweet, noting that the country’s national security officials said there were “no concerns.”

The paper also warned that “accusing the press of treason is dangerous.”

Donald Trump, who began clashing with the newspaper and other American media outlets even before he was elected president, took to Twitter to lambast The NYT over its recent report suggesting that the US is stepping up digital attacks on Russia’s electric power grid. Trump branded it “not true” and “a virtual act of Treason,” also repeating his signature rant and calling the paper “the enemy of the people.”

New school year will begin in this form in schools