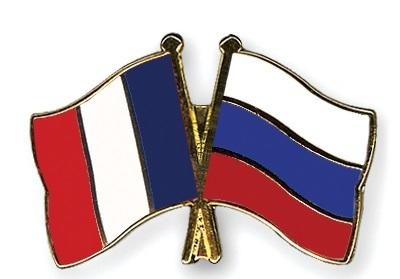 The heads of the Russian and French foreign and defense agencies will hold a meeting in the first half of September, French Prime Minister Edouard Philippe told a press conference with his Russian counterpart Dmitry Medvedev, who is paying a one-day visit to France.

"I can say that our - French and Russian - Defense and Foreign Ministers will meet in the first half of September," Philippe said. "I would like to underline once more that the dialogue is necessary and that it is held in normal conditions," he pointed out.

"Russia for us is an integral partner, because our countries are the permanent members of the United Nations Security Council and we bear primary responsibility for preserving open and demanding dialogue to work together to maintain peace and international security," the French Prime Minister said.

Medvedev said that after talks with his French counterpart that they had discussed the problem of French nationals kept in custody in Russia.

"We discussed this matter, it is absolutely normal. I have also repeatedly raised issues of criminal prosecution of Russian businessmen or Russian nationals in foreign countries. These things are not very pleasing but they do happen," he said when asked by French journalists to comment the detention of Philippe Delpal, a partner at Baring Vostok, one of Russia's largest foreign investors, and the arrest of French national Gurvan Le Gall in Togliatti.

"It is a matter of the judicial system" and the authority of court, he said, adding that this is the way it happens in any other country.

According to the Russian prime minister, his French counterpart expressed certain concern over the situation during the talks. "But, naturally, it is up to court to take a decision under the Russian criminal laws. It is normal, like in any other country," he noted.