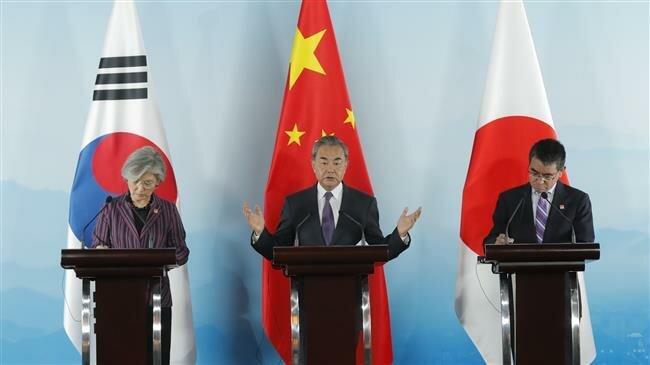 Foreign ministers from China, Japan, and South Korea vowed to strengthen trilateral relations in a meeting on the outskirts of Beijing on Wednesday.

Axar.az reports citing Presstv that ties between Japan and South Korea are arguably at their lowest ebb since their relationship was normalized in 1965, hit by a heated feud over the issue of South Korean forced labor during World War II, which spilled over into a bitter tit-for-tat trade row.

Foreign Ministers Kang Kyung-wha of South Korea, Taro Kono of Japan, and Wang Yi of China shook hands and posed for the media before sitting down to talk.

This is the ninth such trilateral meeting, the last having been held three years ago. From 2008, the three countries had agreed to hold a summit every year to foster regional cooperation. But bilateral tension, including that between China and Japan, has often intervened.