‘It’s pointless’ to show unity with Trump at G7 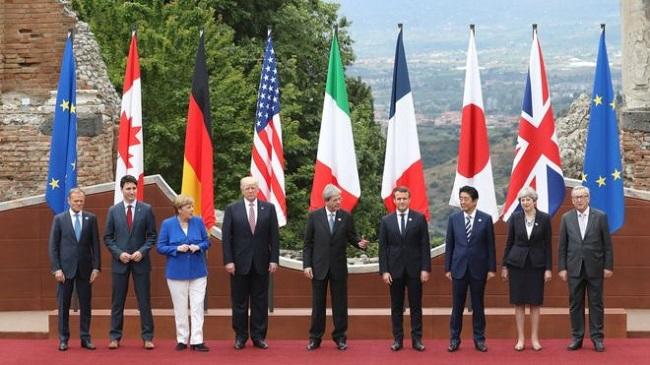 After they wooed him in Taormina, Italy, in 2017, Donald Trump snubbed world leaders by dropping out of the Paris climate accords.

Axar.az reports citing independent that when they reached consensus in Charlevoix, Canada, a year later, Mr. Trump abruptly refused to sign their joint statement and escalated his trade war with personal insults.

And as the Nato allies gathered in Brussels last summer, summit organizers avoided another Trumpian eruption only by prewriting the meeting’s formal policy agreement and keeping it from the American president until the last minute.

Now, as French President Emmanuel Macron prepares to host Mr. Trump and leaders from some of the world’s leading democracies in the south of France this weekend, the United States’ closest allies have all but given up on the idea that the Group of 7 summit will produce the kind of unity and consensus about global issues that has been its hallmark for more than four decades.

“I know the points of disagreement with the US,” Mr. Macron lamented to reporters earlier this week as he acknowledged that the group would not even try to issue its usual joint statement, known as a communiqué. “It’s pointless.”