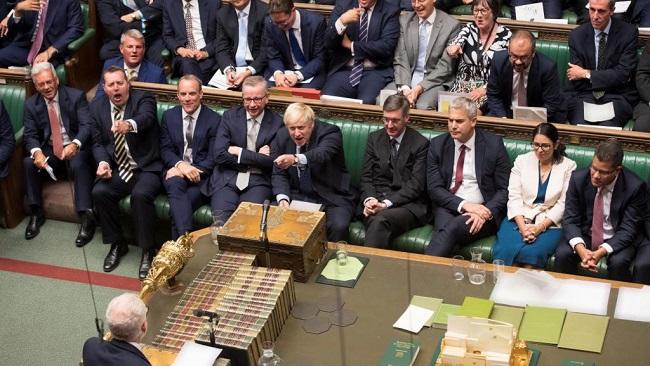 British Prime Minister Boris Johnson is facing a showdown Wednesday with lawmakers from his own party who voted against him to seize control of the Brexit agenda. It clears the way for opponents to introduce a bill that would prevent the UK leaving the European Union without a deal on 31 October.

Axar.az reports citing RFI that Johnson's first vote as prime minister dealt him his first defeat, as 21 fellow Conservatives turned against him in a 328 to 301 vote to seize control of parliament.

The vote was on an opposition motion that would temporarily allow parliament to decide on what legislation is put to a vote, a power usually held by the government.

The vote paves the way for another vote on Wednesday on a bill that would force Johnson to seek a Brexit extension until 31 January if no new deal comes out of an EU summit on October 17-18.

The legislation would effectively block a no-deal Brexit. MPs would like to vote in all three required readings by Wednesday evening, before passing it on to the House of Lords for final approval.