Karzai calls on the US to resume talks with Taliban 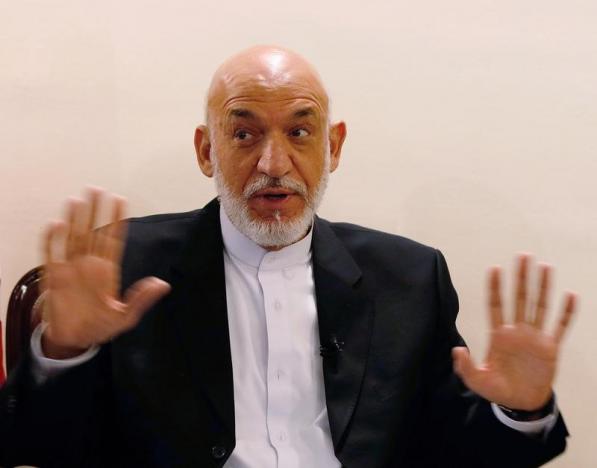 Former Afghan President Hamid Karzai on Thursday called on the United States to resume its peace talks with the Taliban insurgent group.

Axar.az reports citing AniNews that speaking with the reporters in Kabul, Mr. Karzai said that he wants transparent and clear peace talks.

He thanked Russia, China, and Germany for their call on the resumption of the Afghan peace process. Former Afghan President said China and Russia would be happy for a peaceful Afghanistan, but added that he won't know about Pakistan. Meanwhile, he said Afghans disappointed after the U.S. President Donald Trump called-off peace talks with the Taliban.

He blamed President Ashraf Ghani for having an anti-peace stance. “I’m calling on the government to stop their opposition with peace process,” Mr. Karzai emphasized.

Karzai said he believes peace is coming in Afghanistan when America leaves the country. Apparently, the United States stopped peace talks after killing of a U.S. soldier but there might be other motivations such as the remaining of American bases in Afghanistan, he said.

He strongly criticized the Afghan government and the Taliban insurgent group for announcing that they sustained casualties to each other. Mr. Karzai said that both sides “should be ashamed” of such announcements.

He said Taliban must know that they will need to share power in Afghanistan because no one can rule on Afghanistan alone.

In addition, he regretted the inauguration of Torkham crossing as a border between the two neighboring countries by Pakistani Prime Minister Imran Khan in the presence of Afghan officials.

He said Pakistan can only rule on Afghanistan with the force of Americans; otherwise, it cannot.