Erdogan: Turkey has no problems with Russia 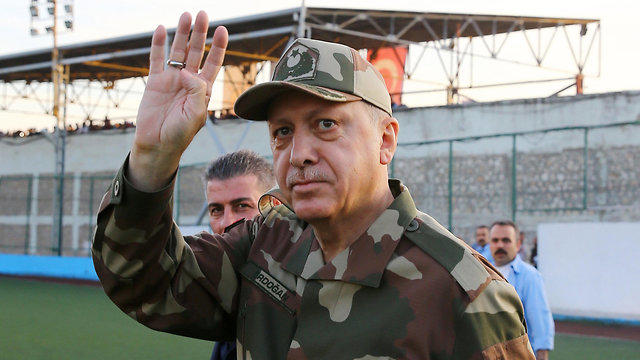 Turkey has no problems with Russia over its Peace Spring operation in Syria, Turkish President Recep Tayyip Erdogan said on Sunday.

"Agreements that were reached in Sochi, Teheran and Ankara continue to be successfully implemented. We have no problems with Russia. Once we have any, we contact [Russian President Vladimir] Putin within the first 24 hours and take joint steps," NTV quoted Erdogan as saying at a meeting with editors-in-chief of Turkish media outlet.

He also commented on the pans of a number of countries to impose economic sanctions against Turkey over the operation in Syria. "I would like to take [these threats] as a squib," he said.

On October 9, Ankara launched an offensive in north Syria dubbed Operation Peace Spring, which began with airstrikes on Kurdish units. The objective is to establish a safety zone in northern Syria for protection of the Turkish border. In addition, Syrian refugees could return to that area from Turkey, Ankara believes. Syria’s SANA news agency slammed Ankara’s operation as an act of aggression. The world community has condemned Ankara’s actions.

Moreover, a number of countries, including the United States said they were looking at imposing various sanctions on Ankara over its operation in Syria.