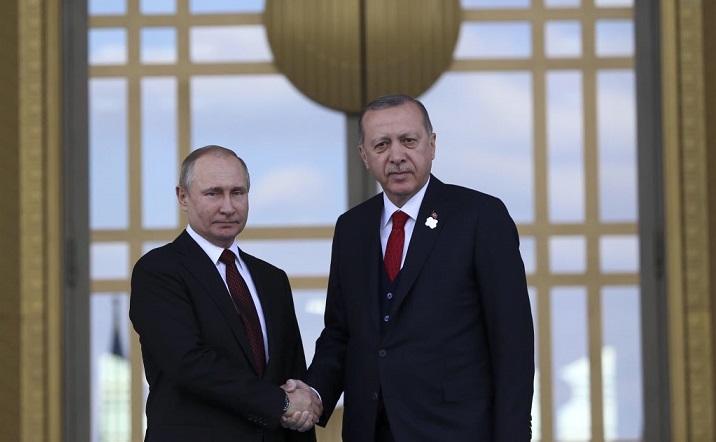 At his forthcoming talks with Russian President Vladimir Putin on October 22 Turkish President Recep Tayyip Erdogan plans to discuss the interests of Moscow and Damascus in creating a security zone in Syria.

"There will be a meeting with Putin in Sochi on Tuesday. Our aim is to identify an acceptable solution. We want the areas under the control of the Syrian government to be cleared of militants of the Kurdistan Workers’ Party and the Self Defense Forces (which Ankara regards as terrorist - TASS). We have no objections against placing these areas under the government’s control," Erdogan told a news conference in Istanbul.

Turkish and US military on August 7 agreed to create a center for joint operations in Syria to implement a plan for creating a buffer zone in northern Syria where, according to Turkey, Syrian refugees might return. The buffer zone would provide protection for the Turkish border. However, on October 1 Erdogan said that Ankara was going to create a security zone east of the Euphrates on its own, because the desirable result had failed to be achieved at negotiations with the US.