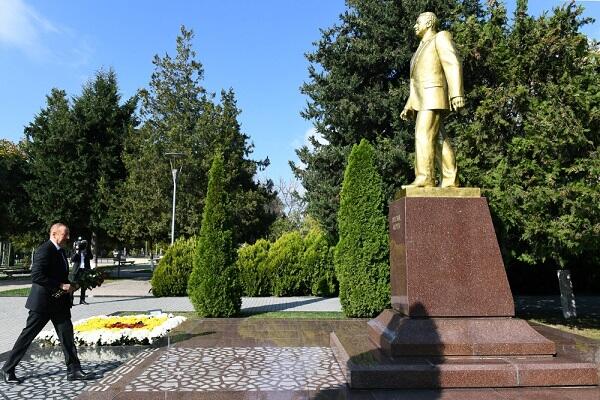 Axar.az reports the head of state visited the monument to national leader Heydar Aliyev in the center of Gabala and laid a wreath in front of it.

President Ilham Aliyev was informed about the work done in the region in recent years.

It was informed that the Heydar Aliyev Park, where the monument is located, has all conditions for recreation.