Moscow 's last bulwark in the Balkans is falling 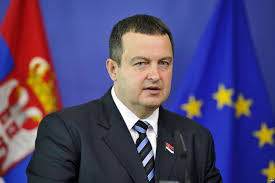 Given its military neutrality, Serbia wants to foster cooperation and political dialogue with NATO.

“Partnership relations between Serbia and NATO are an important element in Serbian public policy. Cooperation with NATO is based on respect for Serbian military neutrality and non-admission of NATO membership to our country, "he said.