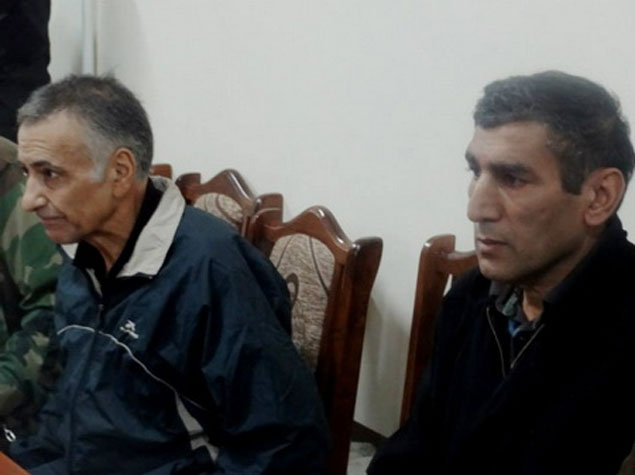 Representatives of the International Committee of the Red Cross (ICRC) once again visited Dilgam Asgarov and Shahbaz Guliyev, Azerbaijani hostages detained by Armenia in the course of the Armenia-Azerbaijan Nagorno-Karabakh conflict.

During an operation in July 2014 in Shaplar village of Azerbaijani Kalbajar district occupied by Armenia, the Armenian special forces killed an Azerbaijani Hasan Hasanov, and took hostage two other Azerbaijanis, Shahbaz Guliyev and Dilgam Asgarov. A "criminal case" was initiated against them. Afterwards, a "court" sentenced Asgarov to life imprisonment and Guliyev to 22 years in prison.

Ibrahimov and Armenian citizen Zaven Karapetyan (1974), detained on the territory of the Gazakh district June 20, 2017, were handed over to the relevant parties June 28, 2019.

The hostage exchange was organized by the Azerbaijan State Commission on Prisoners of War, Hostages and Missing Persons and the State Border Service through the mediation of the International Committee of the Red Cross.