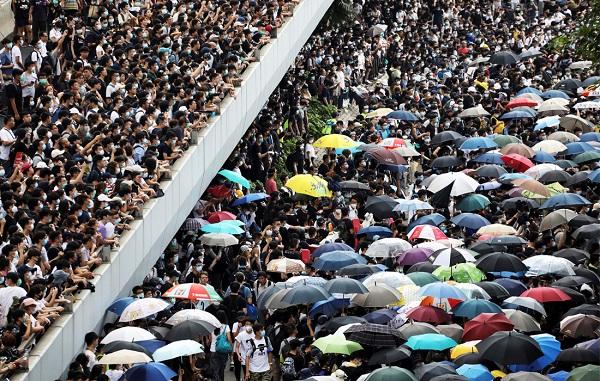 Almost all universities in Hong Kong have cancelled their classes with immediate effect for the first semester of 2019 which is supposed to finish in the first week of December, an academic said.

Talking to Anadolu Agency from Hong Kong, Chien-Yu Shih, who teaches politics and international relations, said that the current ongoing civil conflict has triggered worry among parents of students especially from mainland China.

“Parents of students, especially from mainland China, are worried that their kids would be involved in or hurt in the fight,” he said.

Hong Kong, an autonomous region under China since 1998, is witnessing protests since early June, against the Carrie Lam administration’s move to legalize extradition to mainland China.

The protests have for months left the city reeling, with international financial observers having cut the economic progress of the business hub.

The government has already dumped the bill, but protests continue. However, protesters are demanding prosecution of Hong Kong police for violence.