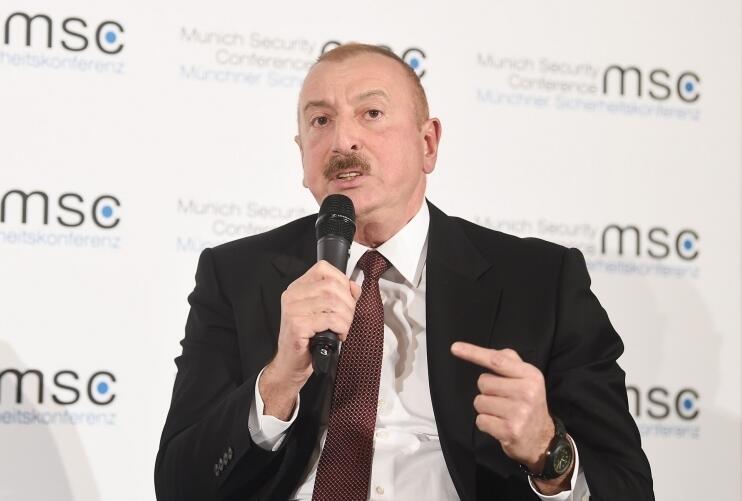 All Armenian leaders tried to maintain the status quo in different ways. Azerbaijani IDPs must return to their lands. More than 80% of the armed forces in the occupied territories are Armenian soldiers. They believe that they can keep these lands forever. Never!

Axar.az reports this was stated by President Ilham Aliyev during a panel discussion on the Armenian-Azerbaijani Nagorno-Karabakh conflict within the Munich Security Conference.

The head of our state said that we need to resolve this conflict step by step - the liberation of some areas and the return of internally displaced persons. The status of Nagorno-Karabakh can be further determined. The status issue should not be confused with the territorial integrity of Azerbaijan.