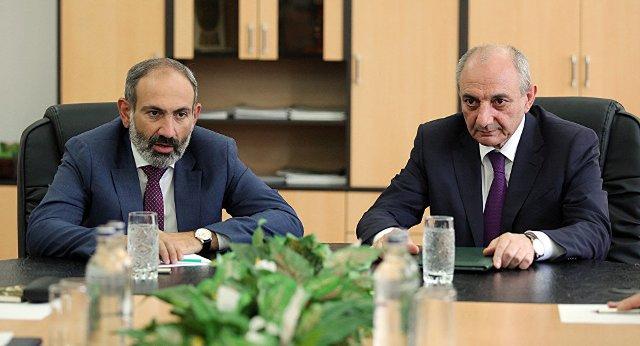 Meeting of Armenian security councils with so-called Karabakh held in the occupied Azerbaijani city of Khankendi.

Axar.az reports that the meeting was attended by the leader of the so-called regime Bako Saakyan and Armenian Prime Minister Nikol Pashinyan.

During his speech, Saakyan touched upon issues of foreign and domestic policy. No further details were provided.